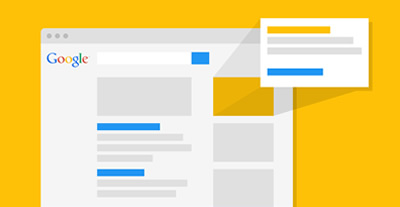 One of the services that we offer our customers is Adwords account management. Everyone is familiar with the adverts that Google put at the top of their normal search results but getting your business advert on Google can be a difficult and costly move, if not done correctly.

If you are interested in advertising your business online, it is worth considering Google Adwords. There are pitfalls and in some cases, there are better ways to spend your advertising budget, which we’ve discussed before, but they do have their advantages as well. As with most things, a hybrid approach is best and part search engine optimisation, part Adwords is, for most people, the best approach.

One of our customers, Steve, has had a web site with us for a couple of years now and he runs a window cleaning business over in Surrey. We took over the running of his web site for him because he wanted to focus on the business, whilst we took care of the coding, updates and security of his site.

As time moved on, Steve wanted to grow the business and would occasionally set up Google Adwords adverts, to run short-term promotions. Unfortunately he only dabbled with Adwords and because he did not do his research, he ended up setting adverts that were not targeted at specific geographical areas.

One of the Adwords that he selected ended up meaning that his advert was displaying in towns 50 miles away from his usual area of business. Because he would have to charge mileage to make the job worth his while, the price of a window cleaning job for customers that far away from his house was too expensive - a local window cleaner would have been much cheaper.

With Adwords, you pay each time someone clicks on your advert. It does not matter whether they buy from you or not, that customer has just cost you money. Because Steve’s advert was concentrating on his local area, his advert was being seen miles away and customers were clicking on it, costing him money.

Steve got in contact and asked us to look into the problem for him as he was spending hundreds of pounds a month on adverts but not benefitting from it. People were visiting his web site, realising that he was not close to them and then moving on to another window cleaner’s site.

We did some investigation and targeted each of his adverts for him, meaning that only people in his local areas would see the adverts. This dramatically reduced his advertising spend and gave him a higher click per sale ratio. More money in, less money going out.